Infodemic of the 21st Century: Is Misinformation Causing Mass Confusion? 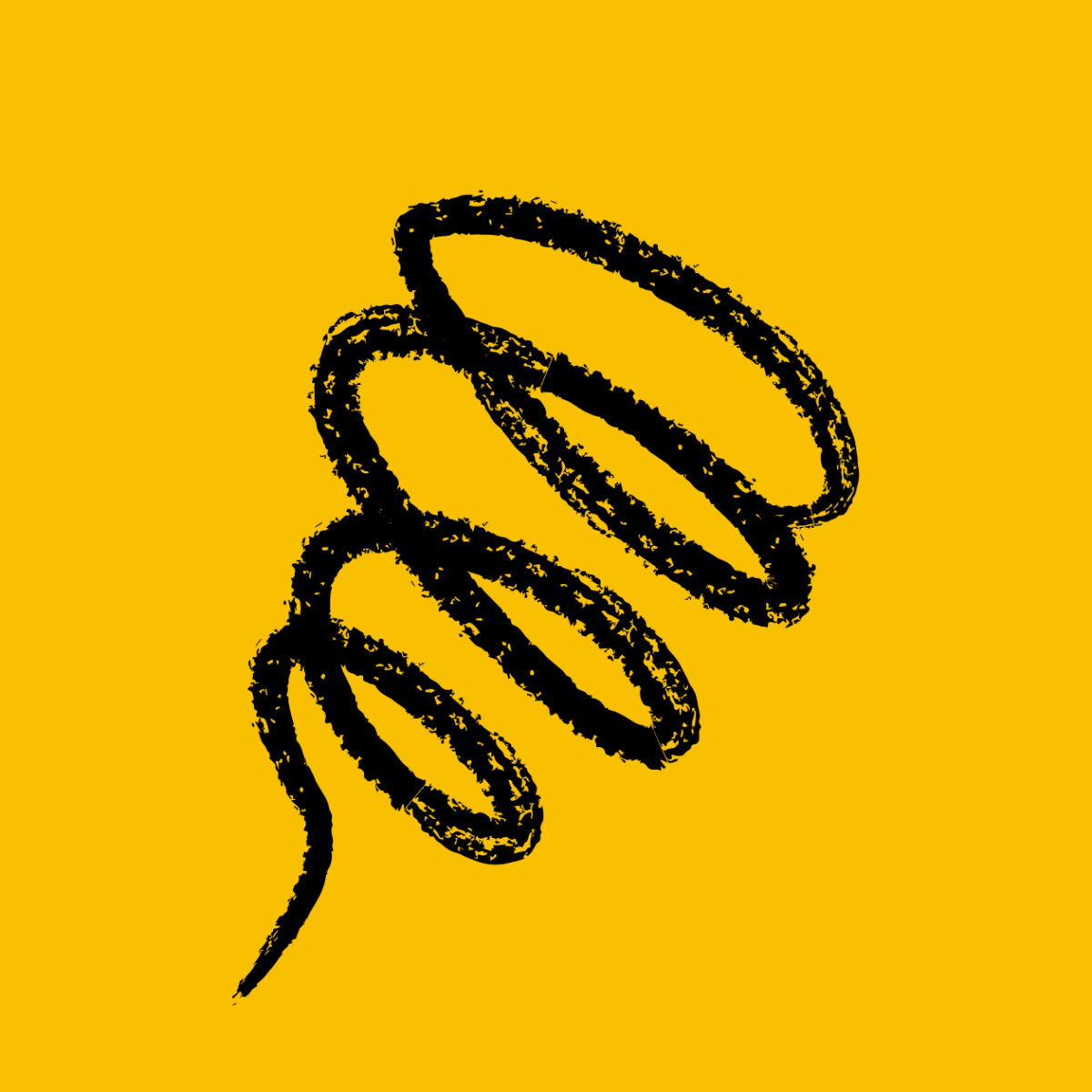 In recent days, misinformation has become more common than we could have anticipated. But it wasn’t this easy back in the day when we had a few TV channels and radio stations.

Misinformation, however, existed back then too but it wasn’t as widespread as it is today. With the advent of big tech, there has been a spike in misinformation, which we like to characterize as the infodemic of the 21st century.

There are around 275.66 million smart phone users in the United States alone. Globally, there are 5.20 billion mobile phone users. Just imagine this number for a moment. Every phone is connected to one or two social media channels. Facebook alone has 2.23 billion connected users. Youtube follows with 1.9 billion users. And this number is only rising with every passing day.

This essentially means that there are more than 2 billion people who can add to the global ecosystem of information without any verification.

So, what’s happening is: the free flow of misinformation mixed with authenticated data is causing mass confusion. People no longer know what to believe and who to believe. And if we can’t even trust our sources of information, we cannot thrive as humanity. This mass confusion may translate into a bigger problem if we don’t seek ways to eliminate it today.

The infodemic of the 21st century

This explosion of online platforms in the past ten years has allowed for an unhinged flow of information that is not necessarily regulated by anybody. When anybody with a mobile phone can create and share content, it is harder to control its flow.

And since section 230 protects the big tech from any liability resulting from the exchange of free-flowing content, there is virtually no harness that could regulate information. This has caused an inundation of misinformation that seems to impact every aspect of our lives.

Freedom of speech is a complicated metric for open dialogue. For the most part, it seems that a lot of us do not fully comprehend the meaning of the phrase. For some, it could mean a justifiable critique of the government to demand answers to crucial questions, while for others it could be a tool to provoke certain groups in society to perpetrate hate or crime.

So while you cannot restrict freedom of speech, you still need to have a harness in place that would aid in data regulation. Because we cannot survive without both.

The infodemic of the 21st century is worse than the pandemic of coronavirus for we’ll have a vaccine for the disease soon, but it’s impossible to control misinformation that runs through the veins of online media platforms.

In 2017, Vitalik Buterin, founder of Ethereum, was announced dead on an online bulletin board causing Ethereum’s market value to crash by $4 billion. Turned out that Vitalik was alive and well, but the news proved damaging to the currency.

When you repeat a lie over and over, it becomes true over time; it becomes more dangerous over time. People usually form opinions quickly without verifying any information they receive, which makes it even more dangerous.

When anyone can write and spread anything, they can perpetuate conspiracy theories that can result in poor public decisions regarding consequential matters, such as elections. Political parties can create smearing campaigns for their opponents making it difficult for people to choose the right candidate.

Misinformation can do even more damage if it’s regarding a health issue. Coronavirus pandemic is the most common example of the risks of infodemic in the 21st century.

Before we get into the confrontation section, it’s important to highlight section 230.

Section 230 of the Communications Act protects online platforms (including blogs) from any liabilities that may result as a consequence of content that the platforms did not create.

This content can include user comments on the platform and the sharing of information through the platform. For example, Twitter is not liable for what its users share on its platform. However, Twitter has its policies for what it would allow and what would be flagged.

Section 230 came to exist as a legislative solution in the ‘90s as a part of the Communications Act to help online platforms create services for the public without having to worry about the content that is shared through their service.

This allowed the creation and success of many of the social media networks we use today including Facebook, Twitter, Instagram, and Youtube. And as a result, we have seen a cosmic economic upscale that wasn’t possible otherwise.

Currently, these platforms allow small and large businesses to connect to their users which brings fruitful gains for the economies worldwide.

The current events in the United States have sparked a debate about whether section 230 should be repealed. Both left and right want to see changes in this section for different reasons.

While it is true that most big tech companies lean toward the left, it’s not entirely true that they don’t regulate what’s published through their service. Many online platforms moderate content to ensure that they don’t promote violence, hate crimes, and sexual abuse, etc.

There is another aspect to these platforms that is a cause of concern for law enforcement and that is the end-to-end encryption which allows users to have a secure chat that cannot be accessed by any other party. While this feature makes platforms like Whatsapp secure for the public, they can be a useful tool for criminals and terrorists for communication.

What would happen if section 230 is repealed

It is because of section 230 that social media companies exist. Without this little piece of law, it would be impossible to create an online platform that would allow open dialogue.

Online platforms like Trip Advisor, Wikipedia, and many others would not be able to host content without facing lawsuits. And, we need these companies. They have become an integral part of our economy. So, repealing section 230 in its entirety would mean that we are taking away the right to freedom of speech completely from online communities.

Instead of repealing it, lawmakers can improve it to make sure that unlawful or unjustifiable censorship does not stop the opinions of one party.

Objective: To make sure that the internet remains a free and open space promoting open dialogue from every party. And that the laws governing and regulating information are up-to-date.

Background: A few weeks before the hearing, The New York Post ran a story about communication between Hunter Biden (Joe Biden’s son) and a Ukrainian official, allegedly about a foreign influence-peddling scheme.

There have been leaked recordings of Jeff Zucker to downplay the story. Both Twitter and Facebook blocked the story. Twitter even went ahead and blocked the New York Post’s Twitter account. The big tech seemed to be taking sides (selective censorship) when it comes to allowing the distribution of content on their platforms.

The hearing looked into how the big tech handles misinformation and privacy issues.

Jack Dorsey remarks (Twitter): Section 230 protects internet speech. Repealing it would remove speech from the internet. He proposed three solutions for the concerns raised, which include a lack of faith in big tech and their ability to act in good faith. He explained that much of the content that people see is through algorithms, and he is open to the idea of third-party algorithms that people can use to filter content.

Sundar Pichai remarks (Google): He asserted that Google takes its customers’ privacy very seriously. Google wants to support democracy in a non-partisan way and is deeply committed to freedom of expression. Google approaches its work without any political bias. With regards to section 230, Pichai believes it is an integral part of internet-based companies and will have serious consequences for both businesses and customers if repealed.

Out of the three, Jack Dorsey seemed to have come prepared with ideas that could help mitigate the concerns. He strongly urged not to repeal 230 and offered three solutions :

The highlights of the hearing

The hearing looked like a bunch of old guys reprimanding the tech guys for things they believe are wrong from their perspective. Fingers were pointed and blame was thrown around. For the most part, Zukerberg, Pichai, and Dorsey seem like kids in a custody battle.

The hearing covered a lot of topics including:

Both left and right seem to have their agendas for the big tech. While the right complained about the baseless censorship, the Left argued that there wasn’t enough censorship.

The tech CEOs affirmed the senate that their companies are not involved in political content moderation and pledged to give answers to some of the very specific questions regarding extremism on platforms, anticonservative content moderation, and company policies and tools used to moderate content. For most of the hearing, the tech CEOs promised to get back on some of the questions that they either didn’t know how to answer or didn’t want to.

Here is a highlight of some of those questions that the tech CEOs promised to follow up:

Sen. Gary Peters spent his time questioning Facebook’s role in preventing criminal activity. This discussion was about the attempted kidnapping of Gov. Gretchen of Michigan. Zuckerberg was asked to provide several active referrals Facebook has made to law enforcement. Zuckerberg pledged to follow up on that number. He was additionally asked about the change in policies and their impact regarding the Facebook recommendation tool that encouraged people to join extremist groups. Zuckerberg pledged to follow up.

When asked about how much the tech companies are spending on defending lawsuits, the three CEOs did not seem to have an answer. They pledged to follow up.

All three CEOs pledged to follow up on a lot of anticonservative bias.

Generally, the hearing was all over the place. We will need to have many more hearings to find legislative solutions for multifaceted problems like misinformation and its spread.

Seeking truth in this age of infordemic is easier said than done. But there are steps you can take to make sure that the fake news or misinformation does not impact you or your community.

Misinformation is an ongoing crime that needs to be checked and corrected on an ongoing basis. Simply repealing section 230 will not solve the problem. It will do more harm than good.

Look how far we have come; how we are thriving due to the internet and its services. We need legislative solutions that will combat fake news and misinformation perpetrators. And the tech CEOs seem open to the idea of working with the government to create such solutions. Misinformation is like a cancerous growth that we can get rid of; there is no need to cut off the limb. 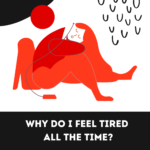 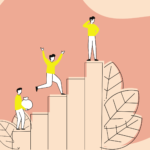 How to be Successful in Life using Your Confidence 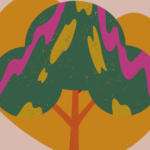 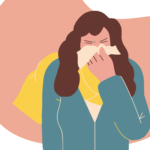