The year 2020 was full of surprises. But the dawn of 2021 has proven to be just as staggering. If you thought Capitol riots were the highlight of the year, you thought wrong. There seems to be a widespread anti-establishment rebellion across the world. And Gamestop could be the first sparks of a full blown firework. If you haven’t heard about Gamestop (or Wallstreetbets) and the frenzy surrounding it, we are here to walk you through it. This is truly lambs becoming lions story that we think we’ll remember forever.

While most of us were probably warm in our beds, tucked nicely in the blankets watching Netflix, or perhaps getting the necessary REM, a group of amateur investors was active on a Reddit group called “Wallstreetbets” discussing trading. Even they didn’t know the tectonic shift that was about to follow and wage financial war between lambs and lions.

So this group of Redditors who call themselves “Wallstreetbets”, decided to increase the demand for Gamestop’s shares by acting in unison.

They went out and hunted till dawn. So the share price of a falling game retailer rose from a few dollars to a couple of hundred dollars in a very short time, making lions sweat and lose a lot of meat in the process.

Here are the highlights of the SAGA:

A bunch of amateur investors on Reddit went against the short sellers (usually hedge funds) by buying the stocks of a drowning game retailer, Gamestop.

Before we go further, let’s just clear up two things: short selling and how it makes profit.

What is short selling?

In simple words, short selling is an investment strategy where an investor borrows a stock from a broker, sells it for its market price, then buys it back to return to the broker.

Where is the profit in short selling?

short sellers work on speculation. They buy stocks of companies that they speculate to go down or lose value in the future. Based on this speculation, they borrow and sell the stock to willing buyers for the current market value.

So when the stock prices go even lower, as speculated, the short sellers buy those stocks back at that lower value and return them to the lender, making a nice profit in the process.

But the short-sellers who invested in Gamestop were confident that the company’s share values will decline since Gamestop is only a brick-and-mortar retailer and has very low prospects.

Short-sellers saw the opportunity to make a nice profit on Gamestop’s shares through short selling as they speculated that the company’s shares will decline in value.

Little did they know about the Wallstreetbets and the power of social media. The Redditors (Wallstreetbets) decided to buy the stock of Gamestop (because they wanted to help out a company or perhaps send a message to the short-sellers) sending the share prices to a soaring height.

This resulted in billions of dollars in losses for the short-sellers. According to somee reports, the hedge funds, and short-sellers have lost around $19 billion due to Gamestop. Melvin Capital has incurred over 50% in losses due to bets on Gamestop and other declining ventures.

Over the past few days, the Gamestop stock has fallen in value. So it is unclear how much profit ameteur investors could make. But what they did may have long-term effects.

Just like the Redditors band together, there’s a strong possibility that the elite will band together and introduce regulations that limit freedom online.

So while this group of lambs turned lions are rejoicing and celebrating the fact that they made hedge funds like Melvin Capital lose money, they are forgetting that people who make the rules still have more power. The power they can use to restrict and limit whatever they see as a threat.

While rebellion can help gain short-term victories, it’s never a good strategy if you want to win in the long run. Currently, Wallstreetbets is after other similar stocks. These include AMC theaters and American Airlines.

Is this revolt a beginning of something or an end to something? Only time will tell.

They Say We are in a Simulation. Could it be? 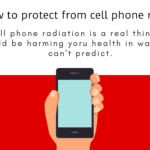 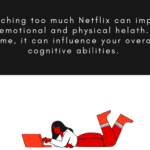 Watching too Much Netflix Could be Frying your Brain 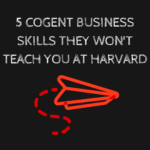 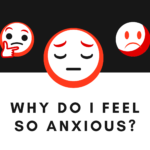 Why am I so friggin’ anxious all the time? 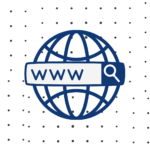 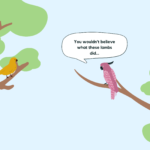