[email protected]
Find us here
Lifestyle of a billionaire

Success does not come easy. Even if you had a gazillion dollars in your bank, you could still end up cash poor. Not everybody knows what to do with the resources. And perhaps that’s why there are just a handful of billionaires in the world. But, luckily, becoming a billionaire is no longer a mystery. I scoured the web to find these 22 habits of billionaires that can make you at least financially independent if not a billionaire right away.

1. They respect their routine

Time is your most important asset. One day you will have enough money to buy whatever you want, but you won’t be able to buy back time. As we looked into the lives of the world’s top billionaires, one thing we noticed is their religious dedication to their time management. Elon Musk keeps emails short, eats during meetings, and sleeps only around 7 hours to make sure he is getting optimal sleep, not too much, not too less.

Jeff Bezos told at an event that he likes to go to bed early and wake up early. He also has a hearty breakfast with coffee, so he is fully charged for the day.

Warren Buffet keeps his meals quick by eating out. While it’s not entirely healthy, it seems to have worked for the 88-year old Berkshire Hathaway CEO.

What is a routine, and how can you build one?

A routine is simply anything that can help you stick to your plan. The purpose of a daily routine is to keep you disciplined and on track for accomplishing goals. It should be something that complements your life and schedule.

2. They look up to their mentors

Mark Zukerberg looked up to Steve Jobs. In an interview, Mark Zuckerberg said, “He was amazing. I had a lot of questions for him.” Zuckerberg explained how Steve Jobs helped him realize that he needs to build something valuable. In a farewell post to Steve Jobs, Zuckerberg wrote: “Thanks for showing that what you build can change the world.”

Bill Gates talked about looking up to Warren Buffet in an interview. Warren Buffet taught him how to think long-term and go through difficult situations.

Every billionaire that I looked at had mentorship in their life that seems to have benefited them in the long run. Do you have a mentor?

Learn how to find the right mentor.

3. They are in control of their mental and physical health

Sadhguru once said that he doesn’t allow people to make him feel angry or feel bad. Those privileges he keeps to himself.

Your health, both mental and physical, is your most important possession. No amount of money can ever bring your health back. No matter what your situation is, learn how to make sure you are not risking your physical or mental health. For example, if people are difficult with you, ignore and not get frustrated. Know that staying cool, calm, and collected is crucial for your health.

Remember that anger only hurts the vessel.

Use this simple routine to take care of mental and physical health.

Billionaires have long-term goals. They plan to keep those long-term goals in mind. Jeff Bezos wanted his website to serve as the world’s largest store in the world. That’s why he chose “Amazon” to be the name for his business (after the largest river in the world).

James Cameron reportedly waited for 10 years before he could shoot Avatar. Because when he did want to shoot it, the technology did not exist.

So do not limit your imagination when it comes to setting your goals. If you don’t have the resources today, you will have them one day.

Think like a billionaire while setting up your goals.

5. They believe in themselves

Believing in yourself may seem like a cliche, but it is one of the important ingredients of a billionaire’s mindset. Billionaires know things will eventually work out because they are going to find solutions. Elon Musk started building rockets to help humans become interplanetary species.

6. They find time for hobbies

You are not wasting any time while pursuing a hobby. You are helping your mind relax, allowing it to ponder ideas and find solutions. If you have a problem to sort out, don’t overthink it. Just get busy with a mind-relaxing activity, including sports, a long walk, or anything that does not require you to use intense mental capacity.

7. They motivate themselves and are obsessed with what they do

Billionaires and other successful people understand that no one and nothing will motivate them if they aren’t motivated on their own. And motivation is one of the most important ingredients of success in any field. If you are already obsessed with what you do, motivation will find you. You won’t have to find it.

Elon Musk finished a 6-month course in a few days. It’s not just that he is a super-genius; it is because he WANTED to finish it.

8. They never give up

For most billionaires, giving up is not an option. The mindset of a billionaire isn’t wired to quit when things get tough. Most billionaires are just geared towards finding solutions to problems. If something doesn’t work, they try again.

GoPro Nick Woodman didn’t get to Go Pro until he had a good taste of failure. His first big project was Fun Bug, a marketing company that first attracted a lot of investors but failed to take off. Nick and his wife sold seashell jewelry out of their van until they saved around $30,000 and were able to get over 2000k from their parents before Nick could start working on GoPro.

Walt Disney was told that he had no creativity. But that’s not the only sour candy he had to swallow during his lifetime. His earliest ventures went bankrupt, and a famous character that he created, Oswald the Rabbit, got stolen. But Disney6 did not quit.

Fred Smith of FedX is another good example of perseverance. Today FedX ships over 10 million packages every day. However, during its first few years, it accumulated over $29 million. Despite a rocky start and dealing with several significant financial losses, FedX continued to go on and eventually made its owner $4.9 billion rich.

While it’s important to have a strong network and successful people surrounding you, sometimes it’s necessary to have some time alone. Billionaires spend their alone time reflecting and contemplating their future projects.

10. They spend time with other successful people

When they do spend time with others, they make sure that they are hanging around other successful people. The company you keep influences your behavior, decision-making, and overall thinking. The old saying, “you are the company you keep” exists for a reason.

11. They are not materialistic

Have you seen what Mark Zukerberg wears? Or perhaps Bill Gates. They are never added to high-end apparel. They are not just trying to be humble; they simply don’t invest too much time into clothing or accessories. They value their time too much to think about clothes.

Carlos Slim of Grupo Carso also lives in the same house he bought 40 years ago.

Charlie Ergen of Dish NetworkStill packs his lunch in a brown paper bag.

12. They give back to their communities

We couldn’t find a single billionaire who didn’t give back to his community one way or the other. Billionaires know that in giving back they earn more. When they help their communities in need, their communities support them back when they need it.

Warren Buffett has a quest to give away 99%of his wealth. So far, he has given away around $40 billion for health and poverty alleviation.

Jim and Marilyn Simons have contributed over 2.7 billion dollars to stem research.

Success comes to those who are committed to their passions. Simply thinking about things won’t make them happen. You have to take deliberate action to turn ideas into reality. How many of these habits do you think you currently have? Do a quick self-analysis and change if necessary.

How to pay debt and live a debt-free life 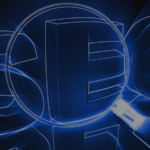 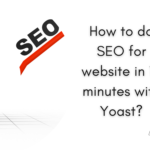 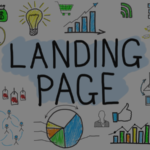 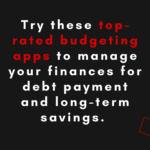